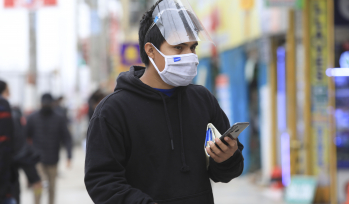 As the global pandemic stretches into 2021, it is having a markedly different impact on each of our four research countries. India, Peru, Vietnam and Ethiopia are each grappling with a changing, uneven picture. India has begun reopening but continues to contend with a high number of cases. Ethiopia has a low total case number but this may be missing a number of asymptomatic cases. Vietnam has successfully avoided the kind of outbreak seen in other countries but is currently working to prevent a new rise.  Peru has an extensive number of cases and their response to the situation has pivoted to a regional one.

On Thursday 4th March, Young Lives will publish findings from the third of our Phone Survey calls into COVID-19’s impact on young people. In anticipation, our Country Directors offer an update on the pandemic in their countries, it’s continuing impact and the evolving response from their respective governments.

The state of COVID-19 in our Research Countries

Ranking 71st in the world, the situation in Ethiopia remains better than the wider global COVID-19 picture. There have been 159,972 cases and 2,373 deaths (at a rate of 20 per million).

The country with the second highest number of cases with over 11 million, India now has 157,275 associated deaths. But there is significantly lower total cases per million, 8,009, then other countries with similarly high case totals.

Peru continues to grapple with an extensive COVID-19 pandemic, with over 46,500 deaths, with a death rate of 1.403 per million people, an increase since our last blog in November.

Having continued to respond successfully to COVID-19, Vietnam has seen an uptick in cases recently, with a total of 2,472 cases registered in the country and 545 active cases. But with 35 deaths, fatalities per million rate still stands at 0.4 and it is ranked 173rd in the world for cases.

Despite low numbers reported, it is believed that there is a high proportion of cases, which are either being missed through low testing rates (with only around two million tested so far and approximately 5000 per day), which are asymptomatic or aren’t being treated as people avoid using health services unless their symptoms are severe. These factors, along with the delay in the spread of COVID-19 during the first wave, increase the fear of a second wave, particularly as currently over 10% of tests are returning positive.

The Ministry of Health and the Ethiopian Public Health Institute continue to raise awareness of the restrictions in place (notably with protection messages before every single mobile phone call). But fatigue has set in with regards to mask wearing and hand washing, and social distancing is hardly practised in crowded places like markets. bus stops and places of worship. Outside the capital city, there is little observation of these practices. Added to this, some of initial restrictions have been relaxed with people encouraged to go to work whilst taking the necessary precautions. Schools, colleges and universities have gradually begun to resume classes. Vaccinations are due to begin in March or April, with a hope of vaccinating 20% of the population in 2021.

India appears to have successfully limited the spread of COVID-19, with a drop from nearly 100,000 new cases a day in September 2020, to a current rate of between 9-11,000, and fatalties down to 1.4% from a rate of 3.4% in the middle of June. India has two locally produced vaccines and has adminstered over 11 million doses to health and frontline workers so far. Cinema halls have now been allowed to open at full capacity and secondary schools have begun to reopen across the country. This is to provide children access to face-to-face learning to address the digital divide but also to start to fill the learning gaps and allow students to get back to their routine.

There is an overall fragility to employment in India, with three-quarters of work being informal (either self-employed or casual).  Sectors such as agriculture, manufacturing, construction, trade, hotels and restaurants collectively make up nearly 80% of India’s work force and have been particularly vulnerable to the effects of the pandemic and lockdown.

The government in Peru has issued province specific restrictions which are determined by case numbers, available beds in hospital and on the economic impact of the country’s initial response to the pandemic. Limits have been placed on office work and public events are prohibited. But face to face classes, suspended throughout 2020, may be able to reopen in time for the start of the new school year (March 15) in some areas - depending on local conditions. The government has created a remote program called Learning at Home, issued by TV and radio, as well as a web page. Internet access is and devices to learn on however, differ according to the level of household poverty. The government has purchased around a million computers and is expected to provide internet access to support the most vulnerable.

The pandemic has seen an impact on the level of stress and anxiety (as shown in Young Lives research). But there is hope as the vaccine rollout began in February, with a focus on medical personnel, police officers and fire workers.

Vietnam has seen the introduction of new measures following the detection of the Kent variant in a patient returning from the United Kingdom. This has included a stricter quarantine policy and schools ordered to shut one week ahead of schedule for the Lunar New Year Festival. This has felt particularly vital as new cases have been registered across 12 cities and provinces, since a pair of new community infections were confirmed on January 28th in the provinces of Hai Duong and Quang Ninh.

Testing capacity has been strengthened and extra health facilities are being reinforced in provinces. Major events and festivities for the New Year have been cancelled, whilst local lockdowns and travel restrictions between provinces have been introduced to limit the spread of the infections.

‘The situation so far is under control and people have largely gone back to their normal lives. However, if the early signs that a second wave may be happening continue to increase, there is a serious risk that the country’s already overstretched health system could be overwhelmed.’

‘Even though the country continues to rank 13th among worst-hit nations by active cases, India has managed to dramatically lower the spread of infection and case fatality rates.’

'The arrival of the first one million doses of COVID-19 vaccines in mid-February is a source of hope for the country. Vaccination is expected to continue all this year and well into 2022 before the population is protected.'

‘As the world entered 2021 with unprecedented death tolls and growing infections related to the coronavirus pandemic, Vietnam still emerged among one of the very few countries which were able to maintain a very positive scorecard.’

Headline reports from the Third Call of Young Lives at Work’s Phone Call Survey in Ethiopia, India, Peru and Vietnam will be published on 4th March. Young Lives At Work (YLAW) is funded by the UK's Foreign, Commonwealth & Development Office. For more on YLAW, please see our webpage or follow us on Twitter @yloxford, LinkedIn or Facebook.

Photo credit: © Young Lives / Enrique Cuneo. The images throughout our publications are of children living in circumstances and communities similar to the children within our study sample.

All COVID-19 figures are accurate as of Tuesday 2nd March and are sourced from here.