Do children and young people have a place in International Workers' Day? 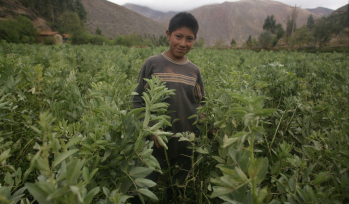 May 1st celebrations honouring working people and the working classes tend to be very public displays - whether street parades, rallies or public speeches. Over the past century, the labour movement has advocated for the 8-hour working day and for women's suffrage, and in more recent years, marches have highlighted the rights of undocumented workers and the views of anti-capitalists.

International Workers' Day, also known as Labour Day in some places, is about making the rights and voices of workers visible and heard.

But do children and young people have a voice as working people?

In the USA, in the early 19th century, as industrialisation moved work from farms to factories children were often recruited since they were viewed as more manageable than adults, less likely to strike, and their labour was cheaper. Their working conditions were often dangerous, entailing long working hours and servitude.

The first state child labour law was passed in 1836 in Massachusetts, followed by many other laws, gradually moving children out of the factory and into the school classroom.

The movement against child labour has gone global and in 2002 the International Labour Organization (ILO) launched the first World Day Against Child Labour. Since then a range of international campaigns have fought for eliminating child labour. Much has been done in terms of eliminating 'the worst forms of child labour' (slavery, debt bondage, child soldiers, trafficking) and hazardous work - though much still needs to be done as last year's US Department of Labour highlights. Much has been learned about what works and doesn't work in the fight against child labour as this recent Guardian live panel discussed.

Despite this attention, for many children in the world, work remains a part of everyday life.

Increasingly, the world is waking up and starting to acknowledge much of the âhiddenâ work that has usually fallen to women - unpaid work in the home and care-work - (as this week's UN Women Progress of the Worldâs Women 2015-2016 Report highlights) which regrettably is undervalued and rarely even considered ârealâ work. But what about children's hidden work?

Working children also deserve respect for the work they do.

Many boys and girls balance work with schooling, and the personal costs of schooling (uniforms, books, travel) are often covered by their work earnings. The contributions that children make through both paid and unpaid work is in many cases essential to keeping fragile household economies afloat.

For most children, the choice is not one of school or work; it is about how to manage both, since both are vital to their current and future well-being.

Since 2002, Young Lives has been collecting information about childrenâs work and time-use. Our 2009 survey found that more than 90% of 8-year olds and 98% of 15-year olds in Ethiopia were involved in some kind of paid or unpaid work. For both groups, household chores took up the biggest proportion of their time, followed by childcare and unpaid work in their family business or on their family farm, such as farming or herding cattle. The number of children caring for siblings is higher in rural areas (compared to urban) and among girls (compared to boys) and in poorer households. This work, and the other unpaid work that children do must also be balanced with the demands of schooling.

Children want decent work and to be respected.

Much of the work done by children should not be described as child labour. Some of the work that children do brings many benefits. Children and young people want decent work that is right for their age and gender. In Ethiopia, 18-year-old Bekele has been earning money for the past nine years by carrying loads in the market place. He uses the money to cover his daily expenses and school costs. He used to be okay with the idea of carrying loads but now that heâs a young man, it is different:

'I do not want to be known for carrying loads. Actually some people have no respect for those who carry things.One of the problems is they don't consider us to be human beings. They call us wezader (labourer), you know, it has a bad connotation. It is not a good word.'

For children, a good future is a future with good work.

Boys and girls alike want good jobs in the future. For many this means gaining school qualifications leading to stable employment, in a city office. The drawings below were made by a 12-year-old boy in Peru participating in the Young Lives study. He was asked to draw (on the left) an image of a young man doing well in life, and an image (on the right) of someone not doing well. The first picture depicts a 'professional' in the city, briefcase and cell phone in hand. Not doing well, on the other, is being without work, begging.

Many children in Peru start to engage in different types of work from a young age, often accompanying parents at first - for example selling in the marketplace - then moving on to more independent work.

Across Latin America, there is an active movement of working children. In Peru, the oldest, established some two decades ago, is the Movement of Working Kids and Adolescents, Children of Christian Workers (MANTHOC). Children mobilise in support of better conditions for working children.

Peru has seen celebrations dedicated to the 'Day of the Child Worker' and the 'World Day for the Dignity of Child Workers'. Children participating in this social movement do not try to hide their work. Instead they demand respect and improved working conditions. These movements resist Western notions of labour-free childhoods yet should we ignore these protests?

In a video taken last year on May 1st in Lima, a girl from the working children's organisation explained why she was taking part in the street march: 'So that society doesn't invisibilise us as children; we can work, we can go to school, we can have an important role in our families'.

It's important to remember on this International Workers' Day that children are not just the future workers of the world. In many countries, they are part of the current generation of workers. Their work needs to be recognised.