Good nutrition and health are fundamental to children’s chances of achieving their full potential in life. The longitudinal nature of the Young Lives study uniquely affords us with data that tracks growth over time. We know that some children are able to recover from early stunting while others falter in their growth after infancy. Children born in Young Lives countries today are less likely than their predecessors to be stunted, and more likely to have access to clean water and sanitation. However, the poorest children are as likely to suffer stunting as they were 15 years ago, and are increasingly disadvantaged relative to other children.

While overall levels of stunting have fallen across our four study countries, it is still most prevalent among the poorest children. The problem of stunting is concentrated among the most marginalized children, with implications for their cognitive development, health, performance at school and social and emotional well-being. Poorer children are also more likely to see a dip in their physical development, while better-off children are more likely to recover if they experience a shaky start, so the gulf between them widens as they grow up.

Dietary diversity is notably missing from the global goals agenda, but it must be considered as composite in addressing nutritional growth and development. Poor dietary diversity is associated with lower levels of nutritional intake and therefore contributes to malnutrition, which, we know is highly prevalent in early life in low- and middle-income countries, and has devastating implications for children’s development. Young Lives has tracked dietary diversity since Round 2 (2006) through our latest Round 5 (2016). 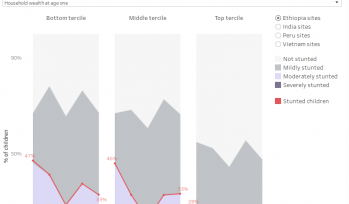 Prevalence and severity of stunting

Over childhood by country sites 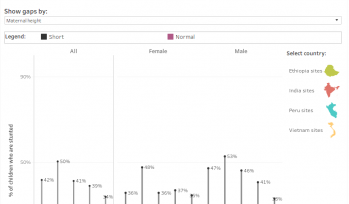 Prevalence of stunting over childhood visualized by location, wealth and maternal height 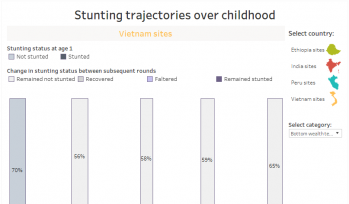 Over childhood by country sites 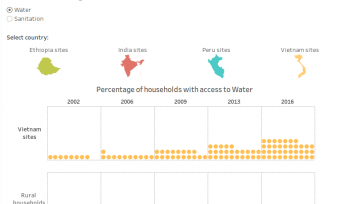 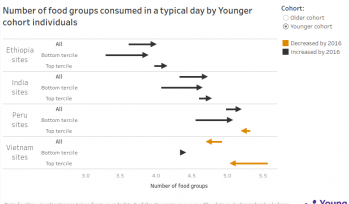 Changes in dietary diversity between 2006 and 2016