What do we know about how children use their time? 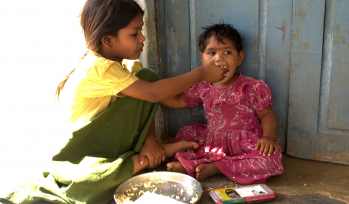 Here's an interesting question: how do children typically use the 24 hours in their day? It's a rather basic question - with some important implications.

(1) Where children spend their time tell us something about the space for interventions to reach them. There's not much point in targeting nutrition programmes through schools if the poorest children are all in the fields.

(2) Time-use information might tell us something about what is likely to matter for childrenâs well-being since where they spend their time will also determine the friends they make, the activities they take part in, and the risks they may be exposed to.

(3) Time-use might be a more subtle indicator of how children's outcomes are shaped by their roles and responsibilities. For example, by late adolescence gender roles are often well established, and while in early and middle childhood the gaps in boys' and girls' outcomes are small, the reason later gaps emerge may be because of different treatment at those earlier stages.

Recognising the importance of time-use, we asked children and their caregivers how the 24 hours in each day are spent. The exercise is a simple one - the children are given tokens (e.g. pebbles) representing hours and asked them to allocate pebbles to how long tasks (forms of work, care, school etc.) take in an average day. For younger children (aged 5 and 8), we asked their parents a similar question.

I've just taken a little look at the data (collected at multiple age points and with reasonable consistency of questions), and since it struck me as telling, I thought I'd do a quick (#mustbeafriday) blog. To keep it simple, I only used data only from one place (collected in Andhra Pradesh*), and only one breakdown (girls and boys).

The sharp-eyed will notice that while there are 24 hours in a day, that isnât true in the graph. The principle reason is I deducted time reported sleeping (because otherwise it would dominate). Typically both boys and girls sleep more when they are very young (just less than 10 hours at age 5) and less when they are in adolescence (a bit more than 8 hours by age 15). Of course recall I mentioned earlier that parents report time-use for 5-year-olds while young people themselves report it at 15 years and it may be that parents think children are sleeping more than they actually are...

Second, to construct the graph data is drawn from different years, for 5-year-olds and 12-year-olds it was collected in 2006 and for 8-year-olds and 15-year-olds in 2009. And perhaps things have changed in the meantime (for example, the chances of children being in school, or the amount of work needed in the household). The graphs show average figures for all boys and girls (the figures would look different if restricted to those in urban areas or rural areas or those out of school, but thatâs for a different blog).

The trends start to diverge at age 8 and widen through to age 15. By age 15 the difference is nearly one and a half hours per day. The key difference here is that girls are spending more time doing household chores and caring tasks than boy. It isnât too hard to see how this both reflects and reinforces wider gender inequities in Indian society.

Second, Young Lives boys and girls are spending a large proportion of their time in school.

At age 5 about half of the Young Lives children were enrolled in pre-school (many children attend the public ICDS pre-school programme or indeed private kindergarten) and about 45 per cent in formal school. While at younger ages the time spent by Indian boys and girls in pre-school/school is fairly similar, by age 15 boys are spending on average about 40 minutes in school more than girls. And between 12 and 15 years girls were more likely to have left school than boys). Even at age 15 years, the time young people report being in school (on average) takes up much more time than work. Typically school takes up between one and a half times (for girls) and two and a half times (for boys) the amount of time they report for work (adding care, chores, paid and unpaid work together).

That school is such a dominant part of children's time-use is a critical point. The twittersphere is buzzing away with discussions about the funding pledges to the Global Partnership for Education at the moment, and I see a telling hashtag #schoolingisntlearning that is making the point that enrolment doesn't necessarily equate to learning. But let's also turn the phrase on its head: schooling is about more than learning. School is also a place where children build friendships and develop a wider sense of themselves (their 'psychosocial well-being' if you really must). Children are spending many hours inside school gates - thats a lot of time to spend if schools are unpleasant, violent or indeed simply boring places. A theme to which we will return.