What needs to be done to keep child marriages trending down 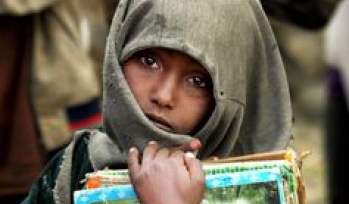 This blog originally appeared in The Conversation  on 23 June 2015

The broader African and international lobby against child marriage and other harmful traditional practices has grown tremendously in recent years. Its political clout is being felt right down to the grassroots level with positive outcomes.

These campaigns are being stepped up. Last week, the African Union launched a campaign to end child marriage in Africa. This produced a common position on ending child marriage.

To galvanise all this support and translate commitments to action, the Ethiopian government has planned a National Girl’s Summit on June 25. This follows a similar summit in London last year, where the country committed to ending female genital mutilation and child, early and forced marriage by 2025.

The good news is that early marriage is on the decline in Ethiopia. There are multiple reasons for this, though policy change and implementation of programmes have no doubt played a large part.

Over the past decade, there have been a number of government advocacy campaigns and projects supported by donors and NGOs. The Revised Family Proclamation of 2000 Article 7 prohibited marriage under the age of 18. By 2008, six of the nine federal states had enacted their respective laws which had begun to take effect in the regions from 2003. Two regions have still to amend their laws. Enforcement has tended to involve fines and, occasionally, imprisonment.

But the decline is also due to the rapidly changing social and economic environment in Ethiopia. With greater access to education, radio, satellite TV and mobile phones – as well as employment and migration of youth – there are opportunities for them to learn about the world and question prevailing cultural assumptions.

There has also been an intergenerational shift in attitudes and expectations. In one of our research interviews, a mother from Leki in Oromia describes the tension this has caused between generations:

Our parents used to give us to somebody we do not know and collect their bride wealth … they cover our head with a shawl and put us on horseback to ride us to groom’s house … it was like sending us into a prison … Now, if I marry off my daughter [against] her interest, she will refuse and oblige me to pay back any bride wealth I take.

Reflecting on what influenced them in deciding about the marriage of their children and grandchildren, parents and grandparents commonly refer to their own past difficulties arising from early marriage.

Early marriage may be viewed as a rational option by parents under certain circumstances, including when girls’ education is limited. Reuters/Radu Sigheti

The reality is that, culture and tradition aside, poverty is the basic underlying rationale for early marriage. In certain contexts, early marriage may be viewed as a rational option by parents and sometimes girls.

Factors include girls having few other opportunities. Their education is limited and chances of training or employment restricted.

Marriage payments can provide support for parents. Bride wealth payments, which are customary in southern Ethiopia, can be an important source of income for girls’ families. It enables them to meet various needs and marry off their sons.

Promising their children in marriage while still young was a strategy in Amhara to form family alliances and ensure that the young couple were endowed with property to start a new household.

By marrying their daughters early, parents feel they are reducing the risk of them engaging in pre-marital sex. This redues the risk of exposing them to sexually transmitted diseases – notably HIV/AIDS – and the risk of pregnancy, unsafe abortion, or disgrace and social stigmatisation if they have a child while unmarried.

Young women who have a child out of wedlock often won’t get support from the father and may be repudiated by their parents. Finding work for young women is hard enough when they are on their own. Creche and preschool facilities are often nonexistent or unaffordable, and employers will often not accept a young woman with a child.

In a context of low life expectancy, parents are keen to ensure their daughters find respectable husbands while they are alive, and by marrying early have enough children that survive. In the absence of alternative social security, parents hope to have grandchildren to look after them in old age.

Despite the winds of change, not all parents – or indeed girls or the boys who wish to marry them – are convinced that these practices are wrong.

In terms of implementing the law, the birth registration system being put in place is important. But in the short term, the exact age of girls is difficult to certify and some parents or girls have claimed they are older so they can marry without risking prosecution.

The law can also have unintended adverse consequences. Some girls may also defy the law, arguing that it is their right to choose to marry early – making it difficult to prosecute them.

If legal sanctions are imposed without a genuine change of heart and people being convinced of the harm, the practices can go underground.

Much of the current campaigns’ focus is rightly on girls, particularly through schools and the media. Empowerment of the girls is clearly key to bringing about change.

These practices are closely linked to the rest of girls’ lives and opportunities. Breaking the cycle of poverty by providing girls with more chances for education, training and employment may well be more important than simply seeking to convince them to avoid harmful practices.

It is also important to involve men and boys, as fathers, future husbands and leaders. Changing views about girls’ life-chances, education and employment can lead to greater transformations in ideas about desirable marriage partners and the benefits of delaying marriage to increase opportunities.

There is also evidence that convincing customary and religious leaders to denounce the practices and avoid them for their own daughters has an important role in changing trends.

The forthcoming summit is without doubt a step in the right direction. Combined efforts from all stakeholders including government structures and services, international and civil society organisations is crucial. But in the final analysis, the need for change has to be believed in and implemented within communities by the girls, young women and men, and their parents.