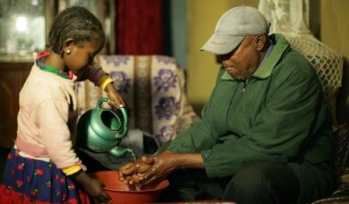 There was a fascinating piece in The Guardian this weekend celebrating the British Cohort Studies – a unique set of studies that have tracked children born in 1946, 1958, 1970, in the early 1990s, and at the turn of the millennium. The article, based on a new book by journalist Helen Pearson shows the impressive range of evidence these studies have contributed to policymaking and shaped so many things that we now take for granted in the UK – starting with the integration of free maternity services into the nascent National Health Service in 1948, to the reform of the system of selective secondary schools in the 1960s, evidence on the crisis in basic skills which led to a major expansion of adult education in the 1990s, and more recently the rising crisis of obesity and its implications for health and social care.

Although we have only been following the Young Lives cohort children for 12 years to date, the similarities with our findings and other cohort studies in developing countries are remarkable. The UK studies show that inequality has dogged every generation, and in every cohort the poorer children are more likely to struggle at school, to be less healthy, and to find it harder to get good jobs. Young Lives shows the importance of early childhood circumstances for later outcomes, how inequalities open up during children’s school trajectories, and how, in low-resource settings, ill health is a constant drain on family resources and a barrier to children’s life-chances.

Several things resonated for me:

And that’s the beauty of longitudinal data: it allows researchers to identify links between people’s circumstances early in life and their later outcomes, and it also shows how persistent particular circumstances are.

The success the British cohort studies have had in using evidence to bring about policy change is inspiring. The learning for Young Lives is that we must use our evidence to show not only national patterns but the trends that are likely to affect other low-income countries in future as well.