What can be done about India’s failing primary schools? 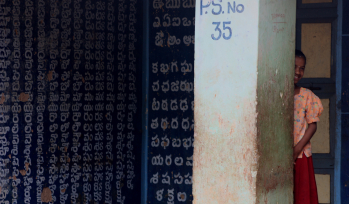 It’s that time of the year again. As India’s Annual Survey of Education Report (ASER) was released last week (15 Jan), we are reminded of how abysmal learning levels in the country are. Most children are in school, but very few are learning. Less than half the children in Grade 5 can read a Grade 3 text, and only about a quarter can divide a three-digit number by a one-digit number. And the learning levels seem to be going down every year.

The real question is what can be done to improve learning outcomes. And the first lesson is that most of what is being proposed is not promising:

Inputs alone won’t improve learning: School reform in India seems to consist mostly of getting kids in school and then improving the inputs they get. But this ‘business-as-usual’ approach doesn’t work. The decline in achievement levels in government schools has coincided with major improvements in inputs. Across developing countries, the link between increasing school resources and student achievement is surprisingly weak: building libraries, providing more money to schools, teaching aids like flipcharts or providing a laptop to every child all don’t seem to improve learning by much, if at all. Upgrading school inputs won’t solve this mess.

Private schooling won’t do too much either: ASER documents, as do a number of studies, that students in private schools do better on average than students in government schools. But these students come from better-off households, with more educated parents – so it is hard to tell whether the schools caused this difference in test scores.

Two recent studies – one study tracking the same children for 7 years that I recently authored, and another based on a randomized evaluation of school vouchers, both find that private school students do better in a number of dimensions, (English, Science and Hindi) even after background factors are accounted for. But even here the ‘private school effect’ is only a small part of the gap between students’ actual achievement and any objective standards of quality we expect a functioning school system to deliver. And in some key areas, such as Maths, we don’t see any private school effect at all.

The key constraint is service delivery (but reform is hard!): A quarter of government school teachers seem to not come to school on a given day. And when in school nearly half of the teachers are not teaching. Researchers have looked for solutions: for example, giving teachers performance bonuses, monitoring attendance  with cameras, and even giving them detailed information about their students’ learning needs. But even when these interventions seem to have an impact, it is hard to see how these can be scaled up.

Better pre-school preparation: One new pattern highlighted in ASER this year is that children in government schools seem to start earlier than children in private schools and are less ‘school ready’. A recent paper of mine, published this month in the Oxford Review of Education, finds the same pattern but goes further: gaps between children in the private and government sectors arise before school entry and aren’t just a reflection of household incomes and parental education: at least part of the failure probably comes from the failure of government pre-schools. Investing in early childhood education could be the best investment to make, including in developing countries, but most of India’s anganwadis (pre-school centres) aren’t geared towards education at all.

Supplementary teaching: Karthik Muralidharan, one of the most prominent researchers into primary schooling in India, had a different proposal for India’s Five-Year plan. He suggested supplementing class teachers with more teaching assistants who can provide individual learning support (which has been shown to improve test scores in India). And then to facilitate a system that allows the best of these teaching assistants to become regular teachers and receive preference in hiring. This will not be a cure-all, but it could improve matters significantly. And it could be sustainable not just economically but also politically.

Rethink what is taught and how: A more far-reaching reform, proposed both by the ASER team and by Lant Pritchett, is to rethink what we expect students to learn in primary school. The system focuses on a grade-specific curriculum that requires teachers to complete a list of topics per year, regardless of what students need. The curriculum is targeted at the top 10% of children, the other 90% gain nothing because they are already too far behind. And in a setting where children from many grades sit in the same class, a grade-specific syllabus might not be something to aspire to anyway. Much better to focus on the skills we expect children to acquire, rather than the textbook chapters a teacher can tick off whether or not the children have really understood.

Reforming a situation so dire will not be easy. But the first step, in all of this, is to acknowledge the problem. Perhaps the saddest thing of all about the latest ASER report is the government’s refusal to accept that a problem exists and that it is getting worse. This is not the first time such denials have occurred. India cannot progress without assessing whether children are learning at school and without evaluating what works in the school system and what doesn’t. As reactions to the ASER report demonstrate, India’s researchers and civil society have made that leap. It is time the government does so too.