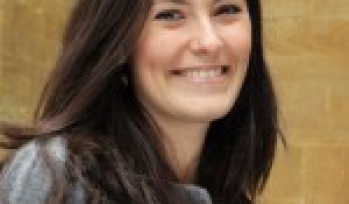 Yesterday (29 Jan) the annual UNESCO Global Monitoring Report was published. The report provides a timely update on the progress countries are making towards reaching the global ‘Education For All' goals, a set of six measurable education goals to be achieved by 2015. The focus of this year’s report is learning, which is unsurprising for habitués of the post-MDG debates. While the MDGs were instrumental in massively increasing primary school enrolment (without forgetting that 57 million children are still out of school, probably the most vulnerable), there is wide acknowledgment that the delivery of quality education is the fundamental imperative for the post-2015 agenda, as enrolment alone does not automatically translate into good attendance, progression and learning for all children.

This is widely mirrored in the Young Lives data. Our recent school survey in Ethiopia, for instance – a country that has achieved tremendous progress in primary enrolment rates in the last decade – shows that at the beginning of the school year there is already a gap of one-fifth between rates of enrolment and actual attendance in rural areas and pastoralist regions. In some of our survey sites, 40% of children will have dropped out of school by the end of the academic year.

Young Lives data clearly demonstrate that unequal educational trajectories start way earlier than children’s entry into Grade 1, and are based on inequalities related to gender, ethnicity and caste, location, and household poverty level.  And the most disadvantaged children tend to start school later and leave earlier, as well as learn at a slower pace.

In a background paper for the UNESCO report that my colleagues Caine, Zoe and I wrote, we used longitudinal data from the two Young Lives cohorts to show that learning levels and progress are low, except for the most advantaged pupils, and even for them they are only moderate. To give an example, in Andhra Pradesh, only half of the children we tested at age 8 could read the simple sentence ’the sun is hot’, and this rate dropped to one third of children in the lowest wealth quartile. We also found that children who fail to acquire basic numeracy and literacy skills in the early years are more likely to leave school by age 15 than their peers who did better early on in school.

Access and progression are inextricably linked to learning by the same factors: children from more disadvantaged backgrounds may miss school more due to sickness or work-related activities, which in turn can affect their ability to learn, affecting their likelihood to stay in school.

Given these discouraging findings, the key question is how school systems can deliver quality education. We found that the good performance  of Vietnamese children in our sample ( recently mirrored by Vietnam’s top performance in the PISA 2012 survey) is based on an education system that teaches ’to the bottom’ in order to ensure that everybody in a class masters a basic set of competencies, and that focuses on delivering minimum standards in terms of infrastructure and teaching, especially in disadvantaged areas.

The Vietnamese example emphasises that the provision of quality education cannot be abstracted from the equity of such provision, as learning gaps are concentrated in the groups that also have more barriers to access and progression. It is good news that one of the pillars identified by the High Level Panel of Experts in charge of shaping the post-MDG agenda is to ensure that ’nobody is left behind’.

The only question now is how can we ensure that this emphasis on addressing inequalities will be not stripped away in the debates that will lead to the final post-MDG agenda?