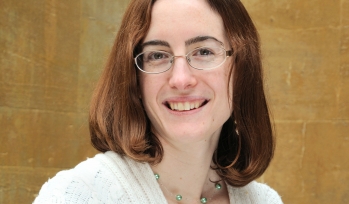 The Ethiopian government has taken a strong stance against female genital mutilation so anyone who performs, commissions or publically encourages the practice can be punished with a hefty fine or prison sentence. They’ve also promoted a wide range of preventative initiatives, including advocacy campaigns in schools and the media to spread knowledge of the adverse health and social consequences.

Efforts to combat FGM have reduced the number of Ethiopian parents who admit to continuing the practice from 51% in 2000 to 38% in 2005 (when the government last collected national data before penalties were introduced). But the prevalence of FGM is declining quite slowly, with regional variations between 10% of girls in the capital Addis Ababa reportedly undergoing the procedure and about 60% in the Afar region in the east of the country in 2011.

We found that Ethiopian officials are generally adamant that FGM should be banned and believe in taking a strong stand. But that doesn’t necessarily mean that other members of the community believe the same thing. Our research found that the reasons why many families still cling to the practice isn’t because they’re ignorant of the consequences or that they’re indifferent to their children’s health and well-being. Knowledge of the FGM ban is widespread and people well understand the adverse health consequences that have been communicated through the media. And they’re also well aware of sanctions and express fear of being punished.

The most common reason for communities refusing to abandon FGM is that they see it as a way of protecting girls’ social and moral development, so that their reputation within the community will be protected and they won’t have difficulty to find a husband. This is particularly important for poor families with limited education and work opportunities because they believe marriage is the only way to ensure that their daughters will be provided for in adulthood.

Some of the girls told us that instead of the ceremonies taking place during the day, now they’re being held at night to try and avoid official attention. Girls described a lot of peer pressure to undergo the practice and said that girls who haven’t been circumcised are being bullied. And there are strong fears that uncircumcised girls won’t be able to marry well. So that’s why some girls reported that they were organising circumcision ceremonies themselves even though their parents weren’t forcing them to do so.

The fact that girls are prepared to choose to undergo a painful and potentially dangerous procedure rather than risk social stigma shows just how entrenched FGM is in local custom. But this doesn’t mean cultural attitudes can’t change. We shouldn’t see culture as a static or monolithic phenomenon because it is dynamic and it does change. Within any culture there are different practices and different voices. It’s often assumed that the anti-FGM agenda is driven by Northern-based activists, but there are very vocal African women and women’s organisations who are leading the way in campaigning against FGM.

Having a law in place provides a useful framework and sets an important standard. But rather than trying to impose ‘zero tolerance’ through harsh legal enforcement which risks driving the practice underground, it’s important to think about a broader spectrum of approaches and to engage the whole community to find the approach that’s most likely to work.

It’s even important to be careful about the language used: If you go into a community and you ask about mutilation, you’re immediately going to put people on the defensive because you’re telling them that what they’re doing is wrong, even though they have a strong rationale for doing it. So it’s better to take a sensitive approach and engage in constructive dialogue rather than creating tension and potentially driving FGM underground and making it more dangerous.

One of the most important things is to build more opportunities for girls, particularly in terms of education and livelihood opportunities. Because if girls have opportunities then there’s going to be less need for a practice that’s seen as securing their social and economic well-being because they will have other routes to do that. And Young Lives research shows very strongly how education is changing children’s roles and aspirations for the future.

Addressing FGM means working across a range of areas of intervention. Providing information about the adverse consequences as well as giving girls education and economic opportunities will go a long way towards helping to reduce the underlying rationale for FGM.

Listen to a podcast by Kirrily on the PodAcademy: http://podacademy.org/podcasts/fgm/