Beyond the rhetoric: understanding the links between child labour and education 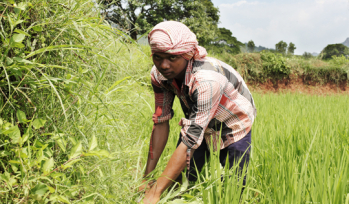 On World Day Against Child Labour, we are once again reminded of the innumerable children who are continuing to work in inhumane conditions in sweat shops, mines, factories and behind closed doors from where their voices are never heard.

Over the past decade the number of children in paid occupations has reduced in India from over 12 million in 2001 to over 4 million in 2011. After a prolonged wait, the Cabinet has recently banned all forms of child labour for those under the age of 14. This was mainly to align itself with the Right to Free and Compulsory Education Act, 2009 which makes education a fundamental right for all children in the age group 6-14 years. While the Child Labour (Prohibition and Regulation) Act of 1986 banned the employment of children up to the age of 14 in hazardous occupations, this proposed Amendment bill prohibits employment of children below 14 years in all occupations and processes, other than family enterprises and farm lands (after school hours and holidays). I have commented on this amendment elsewhere.

Young Lives has some interesting insights to offer in terms of children, school and work in India (based on our research in Andhra Pradesh and Telangana). The research from its pro poor samples reveals that there is a decreasing enrolment in schools as children grow older. While 98 percent of the children were enrolled in schools at age eight, this decreased to 90 per cent at age 12, to 77 per cent by age 15 and to 48 percent by the time the children turned 19.

Longitudinal analysis of time use data by boys and girls also reveals highly gendered roles emerging from a very young age. We find that girls constituted 60 percent of children combining school with unpaid work at age 14/15. Girls also spent significantly less time on studies as well as leisure at the age of 12 and 15. So girls are at a disadvantage not only in terms of the amount of time they spend in school but also in time spent studying after school, since they spend a large amount of time in caring and domestic chores from an early age.

The study also finds that more girls than boys had left school between the ages of 12 and 15, but hardly any gender difference is apparent in enrolment of boys (90%) and girls (89%) belonging to the least poor households. In other words, the better off you are, the more likely you are to keep your girl in school.

There are many reasons for why children have left school by the age of 15. It may be a sudden shock such as the death of a parent. Here we also see gendered patterns emerge. A third of the boys cite poor school quality and 18 percent cite paid work as key reasons for leaving school, while a quarter of the girls cite domestic chores as the key reason for leaving school.

Undoubtedly, India has made tremendous progress in increasing enrolment for children aged 6-14 years in the past few years due to efforts of Sarva Shiksha Abhiyan (SSA) as well the Right to Free and Compulsory Education Act. Approximately 2 million new entrants have joined elementary school.

But now efforts must be directed towards addressing both the âpushâ and âpullâ factors that negatively impact retention and transition rates, particularly for girls. It is also time to work towards extending universal elementary education to at least the secondary if not senior secondary level of education. To reach this goal, the school system must provide relevant, flexible and quality instruction to meet needs of all children, including those who might have been absent from school due to household shocks, seasonal migration or harvesting.

In addition, mechanisms must be put in place to ensure that the poorest children are protected from being pushed into child labour or burdened with long hours of unpaid âfamily workâ that can have a negative impact on their future, by providing social protection to their families. To achieve this, it is essential to adopt a holistic, multi-sectorial approach with effective partnerships between governmental agencies, non-governmental organisations, international bodies and community groups.

In short, we need to find better ways to support children whose daily reality is not choosing between work and school, but struggling to combine both work and school.