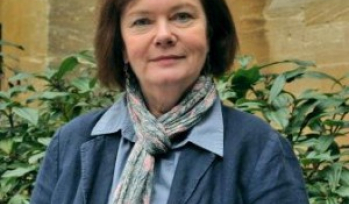 This week, the UK Prime Minister, David Cameron, announced during his visit to South East Asia that new measures, enshrined in the Modern Slavery Act, will come in to force to curb the growth of human trafficking and slavery. This has, of course, thrown the whole issue of modern-day slavery and trafficking back into the media limelight.

Away from that limelight however, there are other discussions that attempt to go beyond the headlines. Open Democracy’s Beyond Slavery is one such effort. Gina Crivello and I recently posted a blog there on child migration and schooling.

This week on the same Beyond Slavery blog, Mike Dottridge, the former director of Anti-Slavery International has written an uncomfortable but important truth; in the outrage caused by the continued existence of child trafficking and slavery throughout the world today, these practices are all too readily inflated to cover all forms of child migration and work. In this way, a legitimate cause for concern is all too readily translated into inappropriate responses.

The fact that an unknown number of children globally have been and are being trafficked and the fact that an unknown number work in dangerous and exploitative conditions should cause alarm and does need urgent attention, but this does not mean that all children who move away from their family homes or that all who work are trafficked or otherwise abused.

Unfortunately, in identifying what is undoubtedly a problem and doing so without recourse to sound evidence – including and in particular evidence provided by the young people and families themselves - we risk proposing ‘solutions’ that are at best irrelevant and at worst, misrepresent and greatly exacerbate the situation of many children.

Evidence is essential to understand what is going on, who is affected and in what ways, and what makes a difference; the situation is complicated and unless this evidence includes the experiences and perspectives of those directly affected policy will likely go astray.

Young Lives evidence shows that children’s economic contributions to their families can be vital for households living in poverty. Further, the social and life skills they develop through these contributions are highly valued as a sign of maturity and empathy towards others, as well as an indicator of preparedness for meeting survival needs in adulthood. And when it comes to children moving away from the family home, this is a common practice in many contexts that bears no resemblance to trafficking. Families are not necessarily confined to a single home and may extend across multiple households. Children often move to other households for longer or shorter periods. The motives are many and varied, whether it is to be mentored by a relative or role model who has specific expertise or insight, to access a secondary school, or simply a better school, or to help out around the house or in a family business. Very often these arrangements are beneficial to all concerned: to the children, who are supported by the host household and gain new educational, vocational and social opportunities; to the sending household, which has one less mouth to feed; and to the host household, which benefits from the children’s economic assistance.

This is a very different kind of situation from that envisaged and planned for by much global policy and should not be conflated with trafficking or slavery lest in the process important survival and learning opportunities for children and their families be closed down.

Alula Pankhurst, director of Young Lives in Ethiopia reminds us too that children themselves often want to work, for a variety of reasons, including a sense of duty and obligation about which they are often proud in contributing to their households, or sometimes to be more independent from parents and work to earn money, learn skills, and choose their own paths within the constraints of their life opportunities. In other words it is not just from the parental and household perspective that child work and migration might be seen as beneficial. Rather than assuming that they are always passive pawns in adults' games, we must recognise adolescents’ agency and volition.