Towards the End of Child Poverty (Part 2) 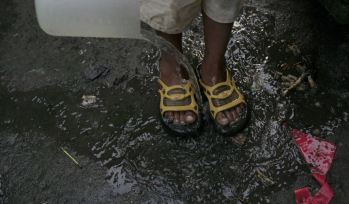 Part 2 of a two-part blog

Late last month I attended the launch of the newly formed Global Coalition of Partners to End Child Poverty at UN HQ in New York. At the time I wrote a short blog, highlighting a joint statement about the importance of ending child poverty. The Co-chairs of the coalition also wrote a blog emphasising the importance and timeliness of tackling child poverty through the SDGs. So, here are a couple of reflections after the event.

The universality of shame

First, it was great to hear this issue being discussed within the UN. Speakers from the governments of Luxembourg and Mexico as well as the African Child Policy Forum, Save the Children and UNICEF made the point of the importance of the problem, as well as that existing policy mechanisms exist can used effectively to end child poverty. And they talked about the universality of experience of stigma and shame, such as not having the clothes or shoes to "fit in", felt by children the world over. Hearing this level of commitment in a packed-out UN room was heartening.

Second, SDG 1 represents an opportunity to do better for children. It lays out a number of areas for key focus - eradication of poverty (using the $1.90 per person extreme low income threshold), and to halve the proportion of men, women and children below a national poverty line (new definitions of which are likely to include multidimensional measures). SDG 1 also identifies extending social protection as a key mechanism for tackling poverty (while other goal areas focus on employment).

Third, child poverty is widely acknowledged to be multidimensional (though inadequate income is an important driver); Young Lives and others have made the case several times including here,  and here . OPHI have made it here and UNICEF have made it here. But all that multidimensionality should not mean child poverty becomes a more fuzzy concept used for all circumstances where children are not doing very well, irrespective of why (for that we have 'well-being' or 'ill-being'). Where child poverty adds value as a concept is to identify ways in which wider social and economic disadvantage damage children 'being and becoming'. That way the underlying political-economy causes, as well as potential solutions are clearer.

Focus on the child, not the sector

Fourth, what about the policy response? There are lots of important strategies from child-sensitive social protection, early childhood development and effective public services, to broad-based economic growth to generate better jobs and livelihoods. But critically, a key advantage of thinking about child poverty is to focus attention on the child, not the sector. Focusing on the child first encourages understanding how the actions in one sector may support, or indeed undermine, another. And just as addressing child poverty requires a joined-up response, so the benefits of doing so can be felt across multiple policy areas: addressing child poverty is urgent in its own right, but not doing so imperils the other SDG goals, including those of survival, healthy development and learning.

And what's next for the Coalition? The key aim to date has been to highlight the importance of child poverty against the backdrop of the SDGs debates, and that needs to continue. The Coalition provides vehicle in which UN, civil society and research organisations can work together to pool experience. As well as spelling out clearly why tackling child poverty matters, I hope the Coalition will provide a space for learning and sharing of resources about 'what matters?' and 'what works?', becoming an important source of information for policymakers and programme organisations keen take forward the 'no one left behind' agenda and to do better for children.