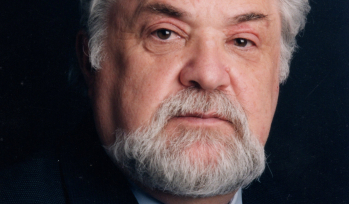 Ernesto Pollitt was born in Lima on 21 April 1938, and died in the same city, earlier this year on 5 January. His research on the links among health, nutrition, child development and education in developing countries around the world have significantly changed how we conceptualize and implement policies in favour of poor children.

Ernesto studied psychology in his native Peru and became the first graduate of psychology at the Pontificia Universidad Católica del Peru in 1961. He obtained a scholarship and in 1968 completed a doctorate in child development at Cornell University. He was later professor at several US universities, including Yale, MIT, Rice, Houston and California at Davis, where he worked for 20 years until his retirement in 2002.

Ernesto was among a group of pioneers who helped to demonstrate that the study of malnutrition should include both macro and micronutrients. In particular, he made significant contributions on the detrimental effects of iron deficiency anemia. He also demonstrated however that these effects could be reversed with treatment.

Another landmark study he conducted was a longitudinal follow up study on the effects of a nutritional intervention in rural populations in Guatemala. He also became interested in the effects of intestinal worms on educational performance and intellectual development. He was convinced that there was no direct effect, and that the eradication of worms would be better served by sanitation policies, rather than providing pills as a treatments for children.

In his later years, he became interested in motor development for children between the ages of 3 and 24 months, as he was convinced that this was a significant predictor of later development.

In 2007, he gathered with a group of experts to produce a very influential paper on the main risk factors for child development in developing countries. The main factors they identified were stunting, inadequate cognitive stimulation, iodine deficiency, and iron deficiency anemia. They also discussed evidence on factors that were likely hindering child development: malaria, intrauterine growth restriction, maternal depression, violence, and heavy metals.

Ernesto was very interested in the links between child development and education. An example of this are his studies on school breakfast programs and the publication of a book commissioned by UNESCO and published in 1990: Malnutrition and Infection in the Classroom.

Ernesto was not only an empirical researcher however, but sought to generate changes in how we conceptualize child development.

He argued, based on his and others´ evidence, that development was the result of a complex process of interactions that included nutrition, health, education, and family variables, including expectations, and cultural variables. Furthermore, poverty interacted with several of the above. While he argued for early interventions, he saw evidence of children recovering expected levels of development if the environmental variables were favorable.

Within the Young Lives study, we have found evidence in support of this general idea; using the Young Lives data, several coauthors and I published this paper on how children who recover from stunting perform better in tests and schools.

Ernesto´s work was internationally recognized many times for his contributions to public health. He published over two hundred research articles, book chapters, books and reports, which have been referenced thousands of times. He participated in dozens of committees with foundations and multilateral organizations, and contributed to editorial boards of many journals.

Ernesto´s influence has been felt as not only an academic. In his different posts, he advised dozens of graduate students. Many of these are now influential professionals all over the world. I knew Ernesto first in the early 80´s, through a book that was mandatory for all psychology students in Peru: Malnutrition, Poverty and Intelligence. The book was a vivid example of how scientific methods could be used to study child development, in a context where psychology was for many the art of speculation. Later I was fortunate to meet him personally and collaborate with him on several studies, which resulted in publications that helped me establish a career.

I consider Ernesto my main mentor, as I am sure many others do.

Beyond the multiple recognitions of his work, the contributions of Dr. Ernesto Pollitt should be a legacy to researchers, policy makers and programme implementers everywhere of the crucial role nutrition and health variables play in child development and education.