Child marriage and early childbearing: from evidence to action 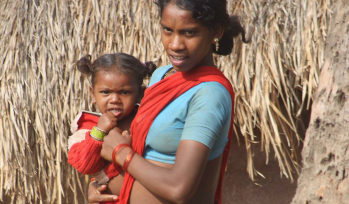 India has the highest number of child brides in the world. It is estimated that 47% of girls in India are married before their 18th birthday. The incidence of early childbearing is also high. According to UNICEF 2012 figures, one in six girls between 15 and 19 years old have already given birth to their first child.  Almost 60% married girls in the Young Lives study have already given birth by the age of 19 years.

Nevertheless, the last two decades have witnessed declining rates of child marriage and early childbearing. But rates are still high and the pace of decline is incredibly low in some states in the country.

Recently the Young Lives team in India brought together policy-makers, government representatives, academic researchers and NGOs to learn from two pieces of research; the findings from our longitudinal research on child marriage and early childbearing in Andhra Pradesh and Telangana; and findings from a survey by the Institute of Fiscal Studies on the PANKH programme (Promoting Adolescents' Knowledge,Engagement and Health) in Dholpur, north Rajasthan, which was implemented by the International Center for Research on Women (ICRW) and Pradan.

Reflecting on these meetings over the last couple of weeks, a number of issues and points have stuck in my mind.

'Our goal cannot only be about ending child marriage, it is also equally important to ensure that children and young people live a life free from fear',  according to development economist Dr Shiva Kumar. Young couples should enter into marriage freely and young women, in particular, should find the new household welcoming & safe.

Asia Director of ICRW,  Dr Ravi Verma challenged us to think more deeply about the centrality of marriage; the way in which families, communities and children themselves think about girls’ pathways through life. Strategies to promote later marriage and delayed childbearing need to present positive alternatives which put girls’ wishes and aspirations at centre stage; whilst working with families & communities, particularly with men & boys, to address concerns about safety, poverty, valuing girls, towards building & ensuring an enabling environment.

The chief guest at the Delhi event, the Chairperson of the National Commission for Protection of Child Rights, Ms Stuti Kacker highlighted the importance of having state and region specific information when it comes to the drivers of early marriage and the cultural rituals, traditions and festivities reinforcing child marriage.

Dr Sushma Dureja, the Deputy Commissioner for Adolescent Health in the Ministry of Health and Family Welfare, who chaired the session on evidence sharing, mentioning the RKSK  (National Adolescent Health Programme) admitted that although India has great policies, to implement effectively, research findings need to be looked at more closely.

The stakeholders’ panel involving experts from DFID, UNFPA, UNICEF, McArthur Foundation, Save the Children and representatives from  the government departments of education, women and child welfare, health and nutrition all agreed on a number of points;

Child marriage and early childbearing have a long lasting impact on the lives of young girls and on boys and, of course, on their children.  We need to get better at not just looking at the obvious causes. To reach that last mile and that last child we need to build policies and programmes based on what is now a very rich and complex evidence base. Overall, these recent meetings highlighted the need for successfully  translating evidence into practice.

(* The Aadhar Card is an ID card issued to Indian citizens by the Government of India and is used to access services such as property registration, opening of bank accounts, distribution of food subsidies, and social welfare payments.)