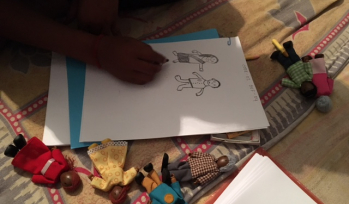 I began my career at 24 as a youth advocate in Mexico City. Staunchly on the side of adolescents, I worked to increase contraceptive use. Parents seemed irrelevant, at most—a barrier to overcome. I had one daughter, then another, and before I could catch my breath they were asking me about sex and contraception. I started to feel a bit uncomfortable in work conversations about adolescent sexual health. Were parents really the enemy? Or unimportant? Dinner table conversations suggested something different; my daughters and their friends wanted guidance from trusted adults. Research now points to the critical importance of parents in the lives of adolescents, yet it is uncommon to read about the perspectives of parents, or to see programs that help parents support their children’s transition from puberty to parenthood. What can we do to help parents guide their adolescents?

In 2010, IRH evaluated the Choices curriculum to determine whether participation resulted in improved attitudes and behaviors related to gender norms. Findings showed statistically significant improvements in gender attitudes and behaviors between control and experimental groups after participating. (Read the brief or recent New York Times piece to learn more.) And recently, we assessed the effects of a Save the Children-led multi-level intervention addressing 10-14 year old boys and girls, their parents and their community in Kapilvastu, Nepal. The research tested the benefit of adding parent and community-level interventions (called Voices and Promises, respectively) to the gender-transformative intervention developed for 10-14 year old boys and girls (called Choices).

Currently, data analysis is underway. Our first results come from focus groups with parents and tell us about their hopes and dreams and why they might be interested in gender equity. Moms and dads are learning to parent in an ever changing world. Roles, expectations, laws and economic realities are changing. A father reflects: “My wife has never been to school. My elder daughter says her sister should not get married until she is 21. I like her thinking a lot. When she said this to her mother, she was bit hurt but I told my wife that society has changed and there has been lots of positive changes. Our daughter is saying a good thing.”

So what is on the minds of parents?

They’re hoping for harmony. Parents want to keep peace in the home; brothers and sisters should get along and share chores. Mothers work tirelessly for their families, sometimes coping with their husband’s drinking and violent behavior. The last thing they want is bickering at home. And, they worry about meeting their family’s daily needs. Everyone needs to pull their weight. One mother reflected on changes after Choices: “Boys even work hard and do labor to make money because now they have understood our poverty. They have even started to prepare their bedding themselves at night.” Parents wonder about their own future: who will support them when they are too old to work? One parent reflected: “My daughter has asked me to invest the same money in her education as I spend on my son’s education. If I do that than she will look after me in the future.”

They want to save face. Parents worry quite a bit about what others say about them. Many shared comments like this mother’s: “If any family has an unmarried daughter aged 25, people really say bad things behind their backs.” These are the types of community norms the program is trying to shift.

They recognize life is harder for their daughters. Parents expressed empathy for their children, especially their daughters, recognizing that they work harder than their brothers. Mothers especially realize how difficult their daughters’ lives are. “She may not like the system of our society where boys are given priority for education,” one parent reflects. “Girls are supposed to do household chores, washing clothes, cleaning utensils. All the household work is assigned to her, which makes her sad.” Some fathers remarked that they give their daughters more time to study so that they can earn a living, explaining that it is important to invest in their daughters because unlike their sons, they won’t inherit from their parents.

They worry about finding a good match. A major stress for parents is providing sufficient dowry and finding a suitable groom and family that will accept and care for their daughter. According to one mother, “…in our culture we need to give more dowry at our daughter’s marriage. The more we give the more respect she will get from their house. These things make us worried.”

Girls are advocating for themselves and their parents are listening

Parents say that as a result of Choices, Voices and Promises, they are learning the value of treating sons and daughters equally. “Things have changed a lot,” explained one father. “My daughter says not to marry her at the young age. She says she will study a lot and marry only after completing her higher education. We started believing both son and daughter are equal.”

Parents are stepping up.

Led by their children, supported by the messages in the videos, posters and group discussions, parents advocate for their daughters. One parent describes: “My daughter is studying in grade 9, she fell in love with one boy and was trying to go with him. I told them to complete their education with good grades. I talked to the boy as well, I told him if he studies well, when they grew up we will celebrate your marriage ceremony and made him trust me. Both of them are studying now. They attended 10th grade examination.”

Can you step up also?

Follow the lead of these courageous Nepali families; supporting youth means supporting parents. Think about their needs and concerns of parents: what motivates them to change? Tapping into their concerns will be the best way to inspire them to help their children achieve their dreams.

Dr. Rebecka Lundgren is the Director of Research at Georgetown University's Institute for Reproductive Health .

Join us at the #YLgenderyouth conference!

Save the Children’s Brad Kerner, who has also guest blogged here, will present the research from the Rising Project’s Choices, Voices and Promises evaluation, led by the Institute for Reproductive Health at Georgetown University, at the Young Lives Adolescents, Youth and Gender conference from 8-9 September, 2016.