Shaping Aspirations and Outcomes: Gender and Adolescence in Young Lives 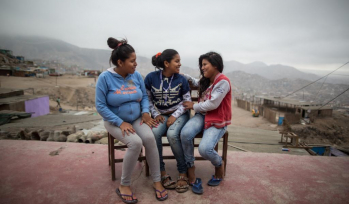 Today, more than 170 academics, policymakers and practitioners from across the world come together in Oxford to share evidence and research at the Young Lives Conference on Adolescence, Youth and Gender. In the lead-up to the conference, the team from Young Lives have been looking at the experiences of Young Lives girls and boys during their teenage years.

Drawing on a series of country studies from Ethiopia, India, Peru and Vietnam exploring children’s gendered trajectories, we have set out our emerging findings on gender and adolescence in a new policy paper, published yesterday.

What have we learned and what might it mean?

1.  On the whole girls and boys in the Young Lives study started adolescence with remarkably high aspirations for education, and almost all were enrolled in school at the age of 12. But thereafter, disappointing learning progress, the competing demands of paid and unpaid work, and concerns about safety and violence contributed to some young people falling behind or leaving school early. Effective interventions to support disadvantaged adolescents should tackle the real reasons that their educational progress falters, by improving school quality, reducing violence and bullying, promoting gender equality and providing economic and social support so that girls’ and boys’ paid and unpaid workloads are manageable.

2.  During middle childhood to early adolescence, gender inequalities in caregivers’ and then children’s aspirations first started to become apparent in Young Lives’ data. These inequalities did not always favour boys. With the onset of puberty, girls in some areas found their mobility and access to education restricted as a result of concerns about their safety and social reputation. And in some contexts, boys fell behind in specific areas such as school enrolment as they face pressures to support their families through paid work.

3. Young Lives also found that caregivers and young people themselves adjusted their plans according to perceived future prospects for girls and boys as well as current circumstances. Interventions for adolescent girls need to go hand in hand with action to tackle wider inequalities in the labour market, and with the promotion of women’s empowerment and leadership, which would signal the future value of present investments in girls.

4. In Young Lives countries, as elsewhere, adolescents’ experience and expectations are shaped by gender and age. But other factors – wealth, social status, family size, and whether children live in a rural or urban area – had already had a pervasive impact on children’s development and learning well before they reached the age of 12 for both girls and boys. Adolescence is an important time; but interventions to address disadvantage and tackle social and economic inequalities must start much earlier if children are to realise their right to develop to their fullest potential.

5. Young Lives children experienced multiple changes during adolescence, sometimes at once, and not necessarily at predictable age points. Some changes were positive, others challenging. Far too often, a setback such as illness, bereavement, economic difficulty or failing an exam turned into permanent disadvantage. Adolescents from poorer backgrounds need the support of robust social protection systems, and more flexible and accommodating school systems to reduce the impact of shocks on their longer term prospects.

6.  In line with other studies, Young Lives findings suggest that child marriage is declining, although unevenly. Girls were far more likely than boys to marry before 18, and to be parents by the age of 19. Rates of child marriage were typically higher amongst girls from poorer, rural and socially disadvantaged backgrounds. Marriage was often seen by families as a way of protecting girls in contexts of economic insecurity. There was a clear association between staying in school longer and marrying later.  As might be expected, marriage and parenthood led to abrupt and profound changes in young women’s lives. We argue that strategies to address child marriage need to be based on a firm understanding of the cultural logic underpinning the practice in contexts of poverty and insecurity, and be rooted in a broader agenda of addressing economic insecurity, empowering and valuing girls, both married and unmarried Caregivers, men, brothers and husbands must be part of these efforts.

Later this month, the UN General Committee on the Rights of the Child publishes a new General Comment on the Implementation of the Rights of the Child during Adolescence, challenging governments to do more to meet their obligations towards the young. There is much to do, but a great appetite from national and global leaders to find ways of turning the aspirations and potential of the world’s 1.2 billion adolescents into a demographic dividend, and for ensuring that the barriers to young women’s economic and social empowerment are overcome. There has never been a better time to look at adolescents and young people’s experiences, perspectives, and needs, and how gender shapes their lives and their future as adults.