A new General Comment on the Rights of Adolescents 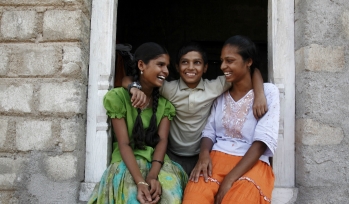 Today, the UN’s Committee on the Rights of the Child published a new General Comment on implementation of the rights of the child during adolescence at an event in Geneva.

In this blog, we look at the General Comment in the light of what Young Lives has learned about the experiences of adolescents growing up in Ethiopia, India, Peru and Vietnam.

Why does it matter?

The UN Convention on the Rights of the Child has been described as ‘children’s Magna Carta’. Children’s dependent status, their lack of voice in political and democratic process, and the lifelong consequences of early deprivation and rights violations, mean that children need specific rights and protections. The Convention represents a near-universal consensus about the fundamental rights to which children are entitled. General Comments help governments to do better at meeting their child rights obligations, by providing authoritative interpretations of children’s Convention rights. At moments of uncertainty and debate, the clarity of the General Comment’s language on adolescents’ sexual and reproductive rights offers a useful touchstone for governments and child rights advocates.

This General Comment is timely because of the intense interest in adolescence both as a window of opportunity for development, and a time of risk and danger.

Look at 2016’s State of the World’s Population

“Investments that empower 10-year-old girls can triple a girl’s lifetime income, increase a nation’s economic growth and lead to a cycle of healthier, better educated children”.

… and from almost  decade ago, the influential World Development Report 2007: Development and the Next Generation with a focus on the ‘youth bulge’ of 12-24 year olds as

“… a fiscal and economic risk. A recent study estimates the yearly cost per secondary school student in Sub-Saharan Africa to be almost three times that of public cost per pupil in the primary level. Add to that the cost of addressing AIDS and non-communicable diseases, and financing the fiscal burden, difficult to manage in the best of times, can be a constraint on growth. Moreover, if youth remain unemployed for long periods, as happened when the baby boom occurred in Europe and the United States, this not only wastes human resources—it also risks misaligned expectations and social unrest that could dampen the investment climate and growth.”

None of this is necessarily incorrect, but what about the children bearing the weight of these global expectations?  The world’s 1.2 billion ‘adolescents’ – those aged between 10 and 19 years - are above all human beings. Most of them are children entitled to special protection and support under international law. The General Comment is a welcome statement of the importance of ‘recognition and respect for the dignity and agency of adolescents’, as well as the need to support their rights with approaches which ‘differ significantly from those adopted for younger children’.

1.            A positive approach to adolescents and their role in the community

“An approach is required that builds on strengths and recognizes the contribution that adolescents can bring to their lives and those of others, while addressing the barriers that inhibit those opportunities”. (para. 16)

Take, for example, nineteen-year-old Long in Vietnam. She works six days a week in a leather factory, to support her disabled brother, and her parents who are both ill. On Sundays, she returns home and helps out on her family’s farm, giving most of her earnings to her mother.

Many Young Lives children have faced considerable adversity, and poverty, economic shocks and family circumstances have often come together to force difficult choices on them. Despite challenges, many adolescents do a lot to support their families and communities, and the General Comment provides a welcome reminder of these social and economic contributions.

We agree. Young Lives’ qualitative data shows that social and gender norms become more salient during adolescence, affecting decisions about education, work, marriage and fertility. Between the age of 12 and 15, gender gaps open up in school enrolment, and learning outcomes. However, patterns are complex. Poverty, where children live, and ethnicity intersect with gender and play a large part in children’s  in life chances. Whilst girls are typically disadvantaged relative to boys, this is not the case in every country or domain of children’s development. In a paper documenting the struggles of older boys and young men in Ethiopia to find work, earn a livelihood and earn respect in the community, Gina Crivello and Nikki van der Gaag call for approaches to gender justice that include boys and young men.

The General Comment calls for ‘comprehensive … measures to bring an end to all forms of violence, including a legal prohibition on corporal punishment in all settings, and to transform and bring an end to all harmful practices’. This focus on violence – although not new – is very welcome.  Young Lives’ is primarily a study of child poverty, but violence emerged as a key concern in interviews with children early in the study. Findings from Ethiopia, India, Peru, and  Vietnam, published in collaboration with UNICEF’s Office of Research, draw on survey data and children’s own accounts to show that children experience violence in homes, schools and beyond. Corporal punishment and bullying have lasting consequences for children’s learning and well-being, reinforcing harmful masculine identities, and leading to fears for girls’ safety.

Young Lives research into child marriage has highlighted the importance of understanding children’s own experiences and with the cultural logic and economic pressures underlying harmful practices, as our Country Director in Ethiopia, Alula Pankhurst explains in this blog.

… and one area where we don’t agree: child labour and ILO Convention 138

In some areas, the General Comment lacks an appreciation of the realities of adolescents’ lives and of the risks of inappropriate intervention. One such example is that of child labour. Most children in the Young Lives started work – typically for their own household - well before the age of ten. On the whole, children’s work did not meet the threshold for ‘child labour’.  Young Lives evidence suggests that moderate work is often valued by children as a way of helping them develop their skills, contribute to their families and meet costs of schooling. Researchers and campaigners argue that inclusion of ILO Convention 138, which requires the legislation of a universal minimum age for all work and employment, is not in children’s best interests or likely to protect adolescents from exploitative or hazardous work.