Do Aspirations and Well-Being Matter to Future Outcomes? Lessons from the Young Lives Survey in Peru 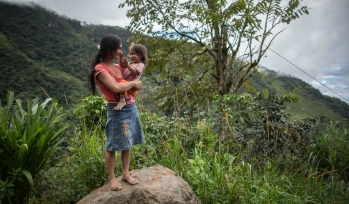 The linkages between parent’s circumstances, well-being, and aspirations and their children’s outcomes is a fundamental question for social scientists and policymakers in countries at all levels of development.

Understanding these linkages, though, requires novel approaches and methods. Economists – as well as other social scientists – are increasingly using metrics of well-being in their research as a means to understand human choices and behaviors that standard income-based measures of utility do not explain. These include choices driven by norms of equity and fairness, altruism, and innate character traits such as optimism and pessimism, among others. More recently, many countries – including the UK and slowly the U.S. – are utilising metrics of well-being in their official statistics, as a means to assess how subjective states (ranging from life satisfaction to reported stress and/or anger to purpose and meaning in life) associate with objective outcomes, and how policies might improve both.

For the past decade, my research has focused on the relationship between well-being and aspirations, and how, in turn, it affects future outcomes. Over a decade ago, my work with Andy Eggers and Sandip Sukhtankar found that happier people tend to be more optimistic about their futures and in turn fare better in the future, both in the health and labour market arenas. A number of subsequent studies have since confirmed a link between well-being and higher levels of productivity, health, and well-being in the future. Yet far less is known about how or if these same factors play a role in early childhood. It may be that, as in the case of genes and the environment interacting to determine IQ, there is an inter-generational component in the channel between well-being and later life outcomes.

There are few data sets with which to explore this question. One is the Peru Young Lives survey, which is unparalleled in its depth of over-time household level data and in its documentation of parent-child health, subjective well-being, and objective outcomes. Two of my University of Maryland doctoral students, Magdalena Bendini and Sarah Dickerson, have used the Young Lives data to explore the role of mothers’ life satisfaction and reported depression in the longer-term outcomes of children.[1]

Bendini’s research, based on the 2002-2009 rounds of the Young Lives survey, finds that reported maternal depression[2] has modest negative association with children’s growth outcomes in later years. The primary channel seems to be the limits that depression places on maternal engagement. Maternal depression also has a negative association with children’s cognitive development, with the effects being most notable for boys and for the lowest income mothers. Dickerson’s ongoing research, based on the 2002-2014 rounds, establishes linkages between early round maternal life satisfaction and depression, and adolescent behavior in later rounds. She finds that maternal life satisfaction correlates positively with adolescent’s reported health status, while depression has a negative association. Maternal depression is also associated with adolescents’ propensity to smoke and to engage in unprotected sex.

Additionally, Dr. Mary Penny of Young Lives Peru and the Nutrition Research Institute and I are currently fielding a complementary study (based on a separate sample) to explore the role of aspirations – and past negative shocks – in the life choices of 18-19 year olds.  These choices include investments in education (staying in school or not), health decisions (including drug and alcohol use), marital and fertility decisions, and risk taking more generally. Separate but related work by Marta Favara and Alan Sanchez (2017), also based on the Young Lives survey, finds that self-esteem in earlier adolescence protects them from risky behaviour five years later. This is particularly, but not only, for boys.

The findings from the Young Lives data, while in their early stages, have relevance well beyond Peru. I am using them, for example, to inform my research on lack of hope and desperation in the U.S. (you can read more about this in a recent piece by me for the Guardian Inequality series).  Poor whites display deep desperation and high levels of stress and anger compared to their black and Hispanic counter-parts. The starkest marker of this desperation is the increase in premature mortality – due to suicide, drug and alcohol poisoning, and a reverse in progress against lung cancer and heart disease – among these same cohorts. Sergio Pinto and I have established a robust empirical association between our markers of ill-being/lack of hope and higher levels of premature mortality among poor whites, both at the individual and MSA (metropolitan statistical area) levels. The future looks even bleaker if parents pass this deep desperation on to their children (which is likely). This crisis of ill-being is front and centre in the concerns of policymakers in the U.S. (at least informed ones).

More research is necessary to understand the manifestations of hope – or lack there-of – on human behaviour. Some promising new work, such as that of Haushofer and Fehr, highlights the positive role that simple interventions to increase hope can make to the outcomes of the poor.

We know less about the inter-generational nature of those channels. The Young Lives survey is proving to be an exceptional resource for deepening this understanding and for informing policy debates in some of the poorest countries in the world as well as in some of the richest.

Carol Graham is a Leo Pasvolsky Senior Fellow at Brookings Institute and College Park Professor at University of Maryland.

[1] The reported depression variable is not a publicly available variable; my students and I are able to use it as part of my ongoing collaboration with Young Lives. An earlier study by Bennett, Schott, Krutikova, and Behrman (2015) - based on all four countries in the survey, finds an association between common mental disorders among mothers in the first year of life and children’s outcomes. These varied across the study cohorts, however, and in some cases persisted across the first 8 years of life of the child, and included growth, cognitive development and psychosocial domains.

[2] In Rounds 1 & 2 Young Lives administered the Self–Reporting Questionnaire 20 (SRQ–20), a screening tool for common mental disorders designed by the WHO for use in low income countries (WHO, 1994). Respondents are asked to answer 20 yes/no questions relating to symptoms of depression and anxiety that they have experienced in the past 30 days. The variable used in the analysis is the number of symptoms reported by the mother.