Guest blog: Social protection and child work: where are we and where next? 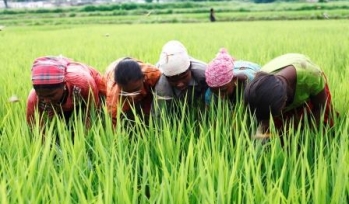 The evidence of social protection and its impact in low- and middle-income countries has greatly expanded in the last 5 to 10 years. Generally, experiences have been very positive with fewer children living in poverty, going hungry, being out of school or deprived of healthcare as a result of social protection. In this blog, I consider links between social protection and child work, identify gaps and explore the way forward. I do this in light of upcoming summative findings from the research by Young Lives on child work and the IV Global Conference on the Sustained Eradication of Child Labour in November in Buenos Aires.

So what do we know about the impact of social protection on work?

The positive picture that holds in other areas of children’s lives is also seen at the level of work. Impact evaluations show that social protection can reduce the engagement of children in work. Findings relate mostly to paid work (as opposed to unpaid work) and explanations of these findings suggest that effects are mostly a result of the income effect of the cash transfers. In other words, the provision of cash reduces poverty and therefore the need for children to engage in paid work.

Firstly, positive findings originate primarily from Latin America in relation to conditional cash transfer programmes (CCTs). By contrast, impact evaluations of programmes in Sub-Saharan Africa, are largely inconclusive, finding no significant positive effects. The conditionality of going to school may have discouraged children to go into paid work but it is also generally the case that programmes in Latin America offer more substantial – and longer-term - support than programmes elsewhere.

Thirdly, social protection programmes may have adverse effects on child work beyond what was envisaged at the time of programme design. For example, it is often assumed that more income leads to less poverty, thereby reducing the need for children to work and opening up the opportunity for them to go to school. Recent findings from an evaluation of a CCT in the Philippines, however, found that a cash transfer that only partially offset the cost of schooling led to both higher school attendance and engagement in paid work. Children were incentivised to attend school as the receipt of the transfer was tied to school attendance but the insufficiency of the transfer meant that children had to be able to afford being in school.

Social protection programmes may also lead to children substituting for foregone adult labour in the household. In reference to public work programmes, for example, children take on tasks that otherwise would have been done by adults but that they are no longer able to perform due to their role in public works. Indeed, research in Rwanda found that women engaged in the public works programme struggled to balance this participation with other household work and care responsibilities, sometimes relying on children to take on these tasks. Research on the public works programme in India also highlights that the added work burden has negative effects on women and children.

Furthermore, positive effects for one child may be offset by negative effects on another child, often within the same household. In relation to the CCT programme PROGRESA in Mexico, the condition for younger children to go to school was found to push older children into paid work or increase their intensity of work to compensate for the loss of income.

A fourth qualification of findings relates to gender. Positive impacts on prevalence and intensity of child work are generally larger for boys than they are for girls. This is largely explained by boys being more likely to be engaged in paid work, and the income effect of cash transfers therefore playing out for boys more strongly than for girls. In turn, girls more commonly being involved in household and unpaid work also means that public works programmes are more likely to negatively affect girls than boys. Evaluation findings from PSNP public works in Ethiopia indicate that while the programme has reduced engagement in child work for all children, it increased engagement in household work among young girls.

Where does this mix of evidence leave social protection?

So too, there must be better clarity around what we are trying to achieve and critical thinking about how to get there, making sure that programmes are fit for purpose. The drivers of child work are various and are not exclusively related to income. Findings from Young Lives challenge the notion that there is a direct trade-off between work and education, and the economic view that households choose to invest in household income now (i.e. through children working) or in future income of the child (i.e. by investing in children’s education) and that an increase in income will change this dynamic. Young Lives evidence shows that this dichotomous view is too simplistic and doesn’t hold true in many cases. Children often combine work and education, either out of economic necessity or because of other reasons and this can have positive and negative aspects. While we intuitively know this to be the case, theories of change of social protection are often predicated on linear assumptions about income effects and the simple notion more income equals less work and more education.

This is where so-called ‘cash plus’ models may come into play. Social protection premised on a ‘cash plus’ approach accepts that behavioural factors and structural factors may prevent individuals and households from effecting positive change, and tries to address these by integrating components such as awareness raising and linkages to services. Such models may be particularly effective in trying to reduce harmful or exploitative forms of child labour while at the same time avoid benign forms of child work being criminalised and children engaged in such work to be stigmatised. Pilots of ‘cash plus’ models exist and are being rolled out in various countries with much learning still to be done.

Finally, social protection has a lot to gain by building more strongly on lived experiences of children and their family members. Social protection design, implementation and evaluation remains heavily predicated on linear theories of change and experimental quantitative methods for assessing their effectiveness. While effective for assessing average impacts, such methods turn a blind eye to dynamics or realities that were not considered during programme design. Paying more attention to children’s lived experiences is crucial for bringing the necessary nuance and broadening the social protection community’s view of child work, giving weight to issues such as aspirations and children’s skill development as well as harmful practices and negative consequences in equal measure.