The importance of evidence: a practitioner’s perspective 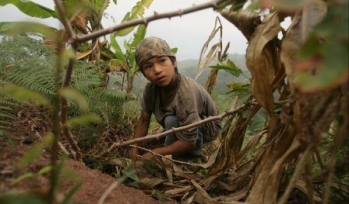 As a policy and programme officer recently turned PhD student on children’s work, I have been stunned to find how little evidence has crossed from academic circles into practice, and vice versa. Indeed, the more journal articles and books I read the more perturbed I become: why was I not aware of this or that evidential nugget; and why have scores of researchers not utilised the mountains of documented practitioner experience which I had assumed was common knowledge? Bridging this divide is, for me, a key outcome of the Young Lives study.

Another important consequence of Young Lives is in contributing the considerable and influential academic heft which not only confirms many practitioners’ learning from working on the ground, but which also strengthens their convictions regarding their future direction and efforts. This experience, in a nutshell, is that the reasons for children’s work and its consequences are complicated: work can certainly be harmful but can also build skills, empower young people, and can support their schooling - as well as potentially hindering it.

What continues to surprise me is that our globalised ‘solutions’ still largely fail to take this complexity into account. We all know that life isn’t simple, and yet our responses – despite all the evidence – assume that other people’s lives can be ‘fixed’ by generic responses. I also remain surprised that our policies, programmes and funding partners continue to squeeze children’s complex situations into categories of response (such as protection, education, health etc) largely for our own organisational convenience.

In my own work with child domestic workers I have come across numerous contextualised and evidence-based responses that can have enormous impact on their lives and those in their immediate circle. Broadly speaking, these include approaches which, for example: support children to help themselves and each other by generating opportunities for them to meet and share experiences and remedies during time off; enlist and work with children’s ‘employers’ in a non-confrontational way by encouraging them to act collectively on unacceptable practices; emphasise efforts to maintain or re-establish children’s contact with their close family through regular calls and visits; and which focus on in-school support for children returning to school, or for those who need to combine school with work.

At the same time, I have seen all too many interventions (including some past practices of my own) which haven’t worked, precisely because they are too generalised, and based on layers of poor evidence or assumption. This includes responses, for example, which tend to assume that children working with their families are safe, while those working for strangers are exploited; or that young people who migrate are inherently in danger, and that children of all ages always need the same kinds of support. Perhaps the most widespread assumption of them all relates to the interface between work and formal school: that working and schooling are mutually exclusive; that work always negatively affects schooling; and that going back to school should always be the focus of all of our efforts; this, despite much robust evidence of continuing and major quality, accessibility, relevance and safety issues in schools across the world.

In considering past practice it is clear that my own programmatic responses could have been significantly enhanced with a better understanding of the academic evidence out there. I suspect that I am not the only one, and that anyone who recognises this evidential disconnect understands only too well the significance of Young Lives’ emphasis on bridging the academic/practitioner divide. Let’s hope that Young Lives represents a turning point in the mutual acceptance that practitioners and academics have much to exchange with, and learn from, each other.