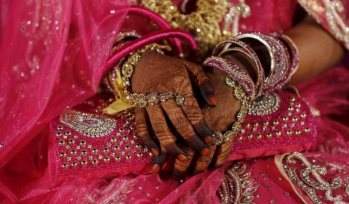 Reuters reports on a Supreme Court ruling in India on underage sexual relations within a marriage.

Census data from 2011 India shows that more than a quarter of Indian women between 20 and 24 said they were married before 18, and a fifth of men between 25 and 29 said they married below the legal age, the National Commission for the Protection of Child Rights and Young Lives, said in a recent report, analysing the census data. Young Lives is an international research study of childhood poverty, led by the University of Oxford.The number of underage brides has declined 0.3 percent in rural areas since 2001, but in urban areas it increased 0.7 percent, the report said.

Young Lives is the first to break down India’s census data on child marriage and we have found that nearly one in four girls in rural areas and one in five in urban areas married before 18 years of age.