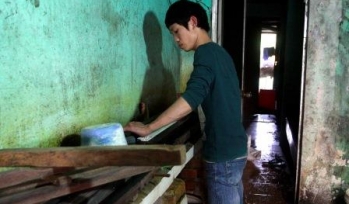 The need for education systems to better orient themselves towards a fast-changing labour market and social world has, it would appear, never been more pressing. Schools will need to equip children to ‘think outside the box’ and teachers must adapt their role to the increasing democratisation of knowledge, brought about by the advancement and proliferation of technology. Globalisation brings intensifying competition, requiring nations to ‘upskill’ their youth populations for the ‘knowledge economy’. These aphorisms may appear axiomatic in contexts of rapid development, such as East Asia or, perhaps in relation to the growing ‘gig economies’ of global cities. But what of their importance for low- and middle-income contexts elsewhere?

‘Learning, Education, and the Unknown Tomorrow: Competences for the 21st Century’ was the title of an IBE-UNESCO panel at the Comparative & International Education Society (CIES) annual conference in March 2018, for which I was discussant. The panel reflected on the nature of ‘21st Century Skills’ and on the need for schools and education systems to provide for these skills in resource-constrained contexts. Keith Lewin (University of Sussex) questioned the extent to which the candidates typically offered as 21st century skills represent ‘new’ skills. For example, the ‘6 Cs’ of creativity, citizenship, communication, collaboration, character and critical thinking are themselves hardly new, and were somewhat prized in ancient Greece. Nonetheless, linked to technological change and globalisation, these skills are in greater demand and are more highly rewarded in the 21st Century workplace. Where such workplaces are widespread, a transformation of education systems may be required, especially if such systems previously focused on equipping a small elite with ‘high skills’ and now must extend this privilege to many more students.

There are of course a smaller number of ‘new’ skills which relate specifically to applications of technology, including a range of ‘digital skills’, themselves subject to rapid change. Henry Levin (Columbia University) emphasised the centrality of ‘adaptability’ as a skill or disposition in the face of technological change – not only adaptability of students and workers but of (often rigid) qualification and certification systems. In dynamic labour markets, specific skills needs are less predictable and the recognition of so-called ‘transferable skills’ is all the more important.

However, Silvina Gvirtz (Universidad de San Martin) argued that the effects of globalisation and technological change are by no means homogeneous across contexts. In many low- to middle-income countries (LMICs), not more than 20% of jobs currently require ‘non-routine’ skills and much of the economy remains informal and ‘low-tech’. Moreover, in such contexts, it is often the case that mastery of basic skills is very weak when compared to higher-income contexts and so-called ‘knowledge economies’. For example, mean levels of reading skills among Peruvian 15-year-olds in 2012 (PISA) were equivalent to those at the 5th percentile of scores in OECD countries, and only 30% of children aged 9-13 in Uganda in 2015 could reach a basic literacy benchmark involving reading a short story (UWEZO).

To the extent that basic skills (especially literacy and numeracy) are ‘foundational’ – providing a basis on which higher-level cognitive skills such as problem-solving and critical thinking are built – contexts in which basic skills are weak face a particularly difficult challenge in developing 21st Century skills. By way of illustration, the Young Lives study piloted an assessment of skills in problem-solving and critical thinking among 15-year olds in 2016, in three developing countries – India, Ethiopia and Vietnam. In Ethiopia, where literacy is weakest, few students could demonstrate reading comprehension levels in preliminary screening questions deemed adequate to access assessments of critical thinking and problem-solving and accordingly Ethiopia had to be removed from the study sample.

Poor levels of basic skills are the result of many factors in LMICs, some of which belong to education systems, others to socio-economic conditions. While in the global North, education systems are coming under scrutiny for their irrelevance for the 21st Century workplace, it is perhaps assumed that such systems did serve to provide for the labour markets of the 20th Century. The caricatured ‘Prussian’ or ‘factory’ model of schooling, increasingly the pantomime villain in educational reform debates, is understood as equipping children for the routine disciplined work of the late 19th and 20th centuries. Many of the countries to which this system or its isomorph was exported, however, did not industrialise. On that basis, the relevance of the industrialisation model of schooling has always been weak. Poor relevance may play a relatively small role in explaining weak outcomes, when compared to other issues of quality, however, such as those relating to facilities and teachers. Martin Carnoy (Stanford University) drew attention to the urgent need for wholesale improvement and reorientation of teacher training if the opportunities of 21st Century skills are to be realised in the developing world. While this is undeniable, systems must also be reoriented away from providing schooling alone, and to ensure that children develop adequate basic skills.

In many countries which did not industrialise, there are only weak signs of transition to a ‘knowledge economy’, which raises questions around the urgency of the 21st Century skills agenda. In some, such as Rwanda, however, there is an explicit aim to ‘leapfrog’ traditional industries into the digital age and to stimulate development through ‘upskilling’ the workforce. There may be opportunities for education to leapfrog too, where, for example, learning technology can accelerate or stimulate skills development in new ways. 21st Century skills in LMICs certainly need not wait until basic skills are universalised. Some of the proffered 21st Century skills are in any case key elements of a high quality primary education, for example, communication, creativity, collaboration and citizenship. Nonetheless, at the present, at least as great as any ‘digital divide’, is the yawning ‘basic skills divide’ between OECD countries and LMICs, which, without remediation, will stand in in the way of the development of higher order skills and in the way of the ability of LMICs to fully capture the benefits of globalisation and technological progress.