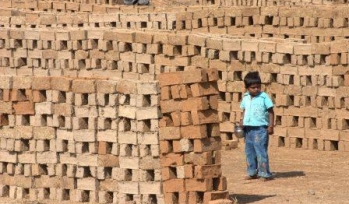 Hazardous child work, the theme of World Day Against Child Labour, is proving hard to eliminate. The International Labour Organization (ILO) estimates that in a 1-year period, 106.4 million children aged 5-17 experience a work-related injury; even more suffer illnesses or psychological pain. This cries out for immediate action. But hazardous child labour has deep and complex roots, so short-term approaches have little impact. Can research, such as that conducted by Young Lives, which subjects our assumptions to hard evidence, give us the clues on how best to address both the urgent and the fundamental? This blog is the first in a series of guest comments on research related to Young Lives' areas of study.

This year, the World Day Against Child Labour calls our attention to hazardous work – the kind of work that puts young people at risk of injury or illness, but also the kind of work, less visible, that stunts their potential. While the international community is apparently united in the view that children should be protected from such work (almost all countries having ratified ILO Convention No. 182 on the Worst Forms of Child Labour), there are still over 78 million young people under age 18 who continue to do hazardous work (ILO 2017), and among the youngest age group (aged 5-11), there are actually signs of increase. Why?

One reason may be that, under pressure to reduce child labour in general, governments and action agencies have been focusing on those working children who are visible and accessible (e.g. in urban areas), or they have been responding to the international public’s concerns about child labour in supply chains of internationally-traded products (e.g. soccerballs, garments, and shrimp) or the compelling, but the much smaller, numbers of children who work as prostitutes or soldiers.

But probably a more basic reason is that the bulk of hazardous child labour occurs among the most impoverished and marginalized sectors of society, where progress can’t be made without substantive change, i.e. addressing inequality. Images of children working in hazardous conditions are frequently used to illustrate child labour. This can be ethical only if intended to jolt into action a concerted long-term campaign to effect fundamental change. Even then, where children’s lives are at risk, immediate action must also be taken.

We undertook a study of one hazardous occupation – making bricks – to see if it is possible to protect large numbers of extremely poor working children from immediate danger while longer-term policy-level efforts are underway. An estimated 3.3 million children work in brick factories worldwide, and with the increasing demand for construction materials in urban areas, this number is growing. Like scavenging, it is an occupation of last resort. It draws in religious or social minorities, those fleeing violence or environmental disaster, the landless and the migrants, and traps many of them via debt bondage. It is easy to say that children should not be working in the dust, smoke, and heat of the kiln sites, but think twice; to do so would mean removing them from their families, and to take them, where? How can this be done for 3.3 million children whose families have virtually no other options?

Occupational health assessments often focus exclusively on safety issues and almost never include child workers and their working conditions, perhaps because the researchers assume “they shouldn’t be working in the first place”. Our sample of 915 child brick workers, aged 11-18, and a matched group of 638 local non-working children from four countries – Afghanistan, Bangladesh, Nepal and Pakistan – looked at all aspects of health (physical, psychological, social, environmental) with the following objectives in mind. For those children above legal working age (14 years in the participating countries), the aim was to see if the risks they were exposed to could be immediately mitigated so that they could work more safely.  For all working children, we wanted to know which hazards were most serious so these could be prioritized for action, and whether coping mechanisms or protective factors might already be in play which could be built upon. We suspected that, while the hazards clearly exist, the actual impact on children might be minimal due to the fact that parents keep children away from the kilns themselves, and that contributing to the family’s economic welfare and participating in its work might have important psychological benefits.

The pooled results from the four countries, however, showed that the working children were exposed to more risks and, as a result, had substantially more negative physical impacts than their peers who were either not working or doing tasks which incur little risk. This held true for all age groups, and for both girls and boys. The brick kiln children experienced twice as many injuries (65.1% vs. 29.5%), and within these, in the year prior to the study, 48.8% vs. 30.5% of the injuries were serious, such as a broken bone. They were three times more likely than their peers to have pain in their arms or hands and at a more severe level. There was also evidence of more respiratory illness, both from clinical tests and self-reports (54.7% of the working children reported some degree of breathing problems), and indications that the effects were cumulative, increasing with the number of years worked.

But what was surprising and particularly disturbing was the degree of psychosocial distress which the child workers displayed in comparison with their non-working peers. Work had a pronounced effect on all psychological indices studied, some of which are specific to work (stress, self-esteem, supervision), and others applicable to both working and non-working children (emotions, personal security, mistreatment). In relation to the comparison group, the working children in this study felt more social alienation, had less confidence in others and hope for the future, and a significantly greater feeling of abuse. Girls showed more negative psychological impacts than boys. Working as part of the family did not have the positive influence on psychological well-being we expected. Once variables that the literature suggests might be influential are controlled (i.e. age, sex, family status, school, migration, injuries, health status), work was still demonstrated to have a massive deleterious effect on all the psychosocial dimensions of well-being.

What is particularly interesting in light of Young Lives research, is the findings with regard to school attendance. Young Lives respondents described schooling as beneficial, desirable, and an important means for attaining a better future. The brick study offers data to support this. The data show that, for those children working in the brick industry who manage to attend school, education has a significantly protective effect on two of the three dimensions of psychosocial well-being (the Emotions score and the Security score) and holds true for both girls and boys. This provides a strong argument for the provision of schooling as a means of reducing the negative impacts of hazardous child labour.

While the brick study findings cannot be extrapolated to children working in other occupations, the methodology can be.  In fact, the nature and severity of the psychological stresses demonstrated by these results underscore why health, and especially psychosocial variables, must be included in any inquiry concerning young workers. The results can be persuasive for policy-makers, and help them make the case for provision of schools as well as for undertaking longer-term measures to reduce social and economic inequality. But policy is not enough. There are potential risks in all work, just as in sports and other forms of play. The first step toward protection of child workers is if they, their parents, and their employers have the tools to assess and evaluate the risks associated with the work, and in this way distinguish the tasks and conditions that pose a real threat to physical, psychological or social health, from those where the danger can be limited.

Susan Gunn, MPH, PhD has worked with the ILO in field and headquarters positions, most recently as Senior Technical Specialist on Hazardous Child Labour. She is currently a consultant.

Catherine Pellenq, PhD. Psychologist and lecturer at the University Grenoble-Alps. Catherine works on child psychosocial development and on the assessment of cognitive and linguistic early training programmes.